Dusk or Dawn – What’s the best time of day to hunt deer? 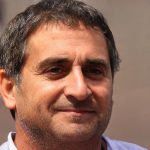 Do deer move during the day?

Deer are most active early in the morning and (in Texas) in the evenings during late fall, winter, and early spring. During the heat of summer, deer will be found in the shade during the heat of the day, emerging in late afternoon to feed actively. Hunters often talk about deer being more active during full moon periods, as this also is true during the rut (main deer breeding period).

Deer typically move from their beds in the early morning and get a start on the day by feeding. Once they have established their pattern of feeding, they will return back to their bedding areas in the evening and bed down for the night. During the rut, bucks will spend a lot of time chasing does and seeking out their territories.

During the summer, the deer will start to feed earlier, and this is a good time of the year to set up a stand and glass a bedding area. Typically, though, the best time to hunt is when the sun is low in the sky in the early to mid-evening. The animals are typically bedded down by this time. Your best chance of coming in close is with a walking stick. When you come to a bedded animal, this is where you step on the stickin order to avoid any twigs or cracking of leaves to alert the deer to your presence.

The winter is definitely the best time of the year for a late evening hunt. The deer bed down much earlier with the cooler temperatures, and since you may have to travel a long distance to get to them, you don’t have as much of a time constraint. What I like to do is come in at dusk from a neighboring county. This gives us plenty of time to get in, set up, and be ready to go before dark.

There are two prevailing hunting theories about optimal times to hunt deer. One is that you should get up just before sunrise and hunt until about noon. The other theory is that you should wait until the sun drops low in the sky and then head into the field. There’s a science behind this too.

Why would you want to be the first to go into the field?

That’s because deer begin the day in bedded areas or feeding areas and work their way into the woods as it becomes lighter. To avoid spooking the deer who are in feeding areas, it’s best to wait until it’s been light for a while before you go in.

Why go out in the middle of the day?

Two reasons you might want to consider hunting in the afternoon or evening. First, the number of deer on the move drops dramatically when the temperature drops. Second, the temperature fall makes the deer more active.

So how do you figure out which theory to go with?

Still trying to make up your mind? You’re in luck, because there’s a third theory! You can go out for an hour or two in the morning, and then come back later, after you’ve had time to get things done.

Can you hunt deer at night?

The answer, theoretically speaking, is yes, although night hunting is dangerous because the hunter has diminished vision and is usually making his way through difficult terrain. It's not recommended. Darkness also increases the likelihood of the hunter being mistaken for a predator and shot by his own brethren.

Hunting deer by day is not recommended either. This is because the color of deer is similar to the color of grasses and brush, and because deer are usually alert and responsive during daylight hours.